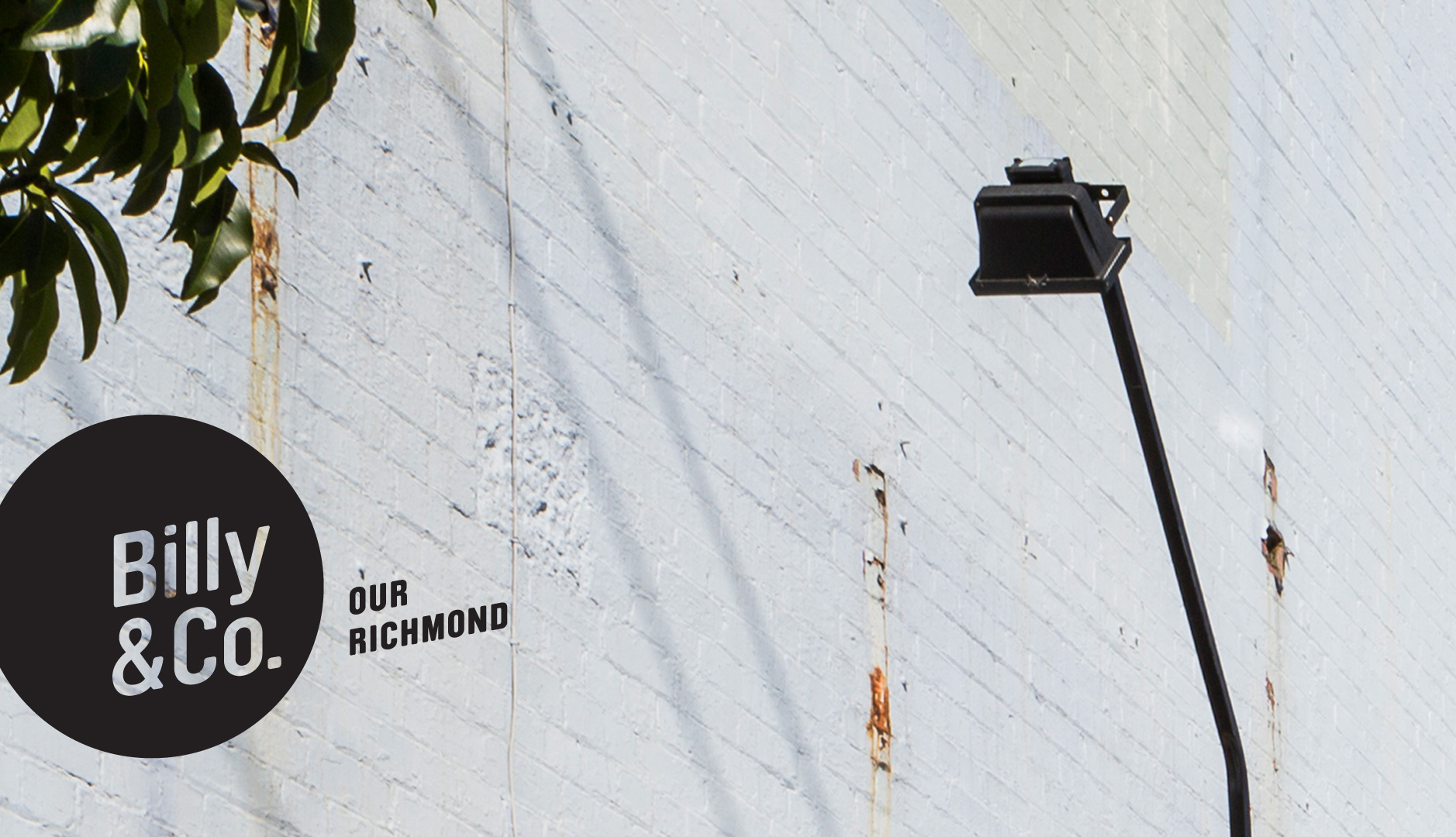 Billy & Co. is a boutique development in Richmond, an inner city suburb in Melbourne with an industrial past, now highly sought after with an abundance of sporting, entertainment and hospitality venues.

With only 42 apartments on offer and a fairly narrow demographic in mind, the Billy & Co. identity had the freedom to be something a little different. The communications had to appeal to a group of savvy Gen Ys that are often disenchanted by the oversaturated property market. Sales messaging was kept to a minimum, and focused more on celebrating the character of the neighbourhood and its people. 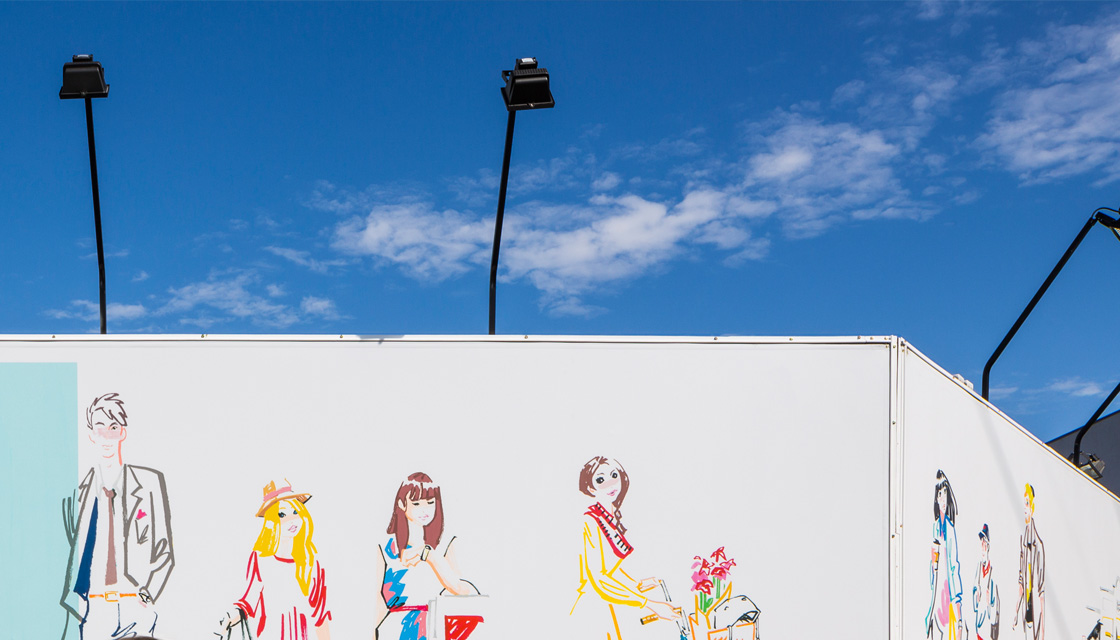 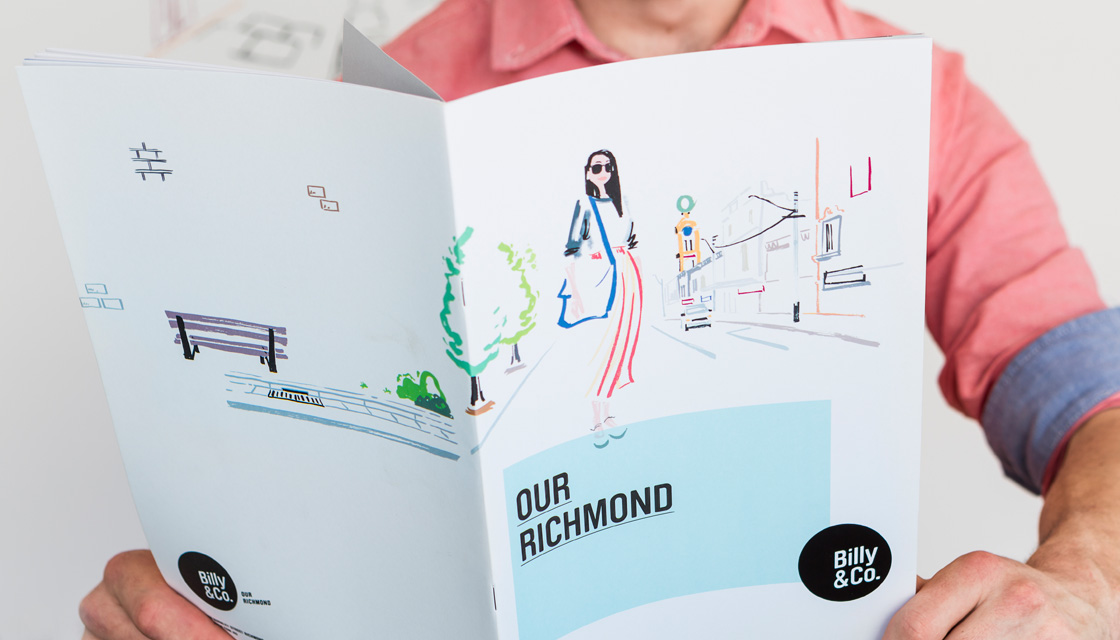 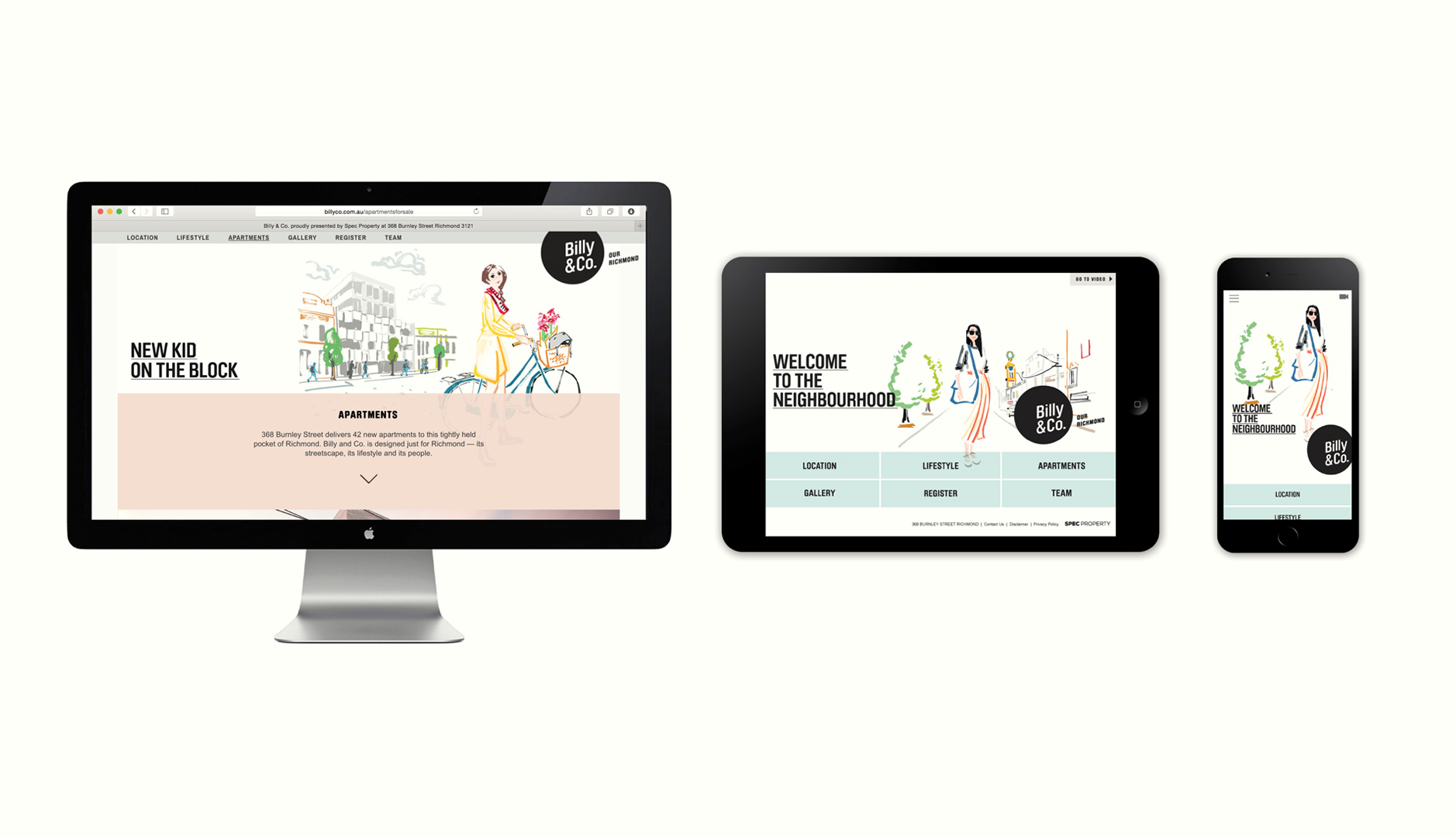 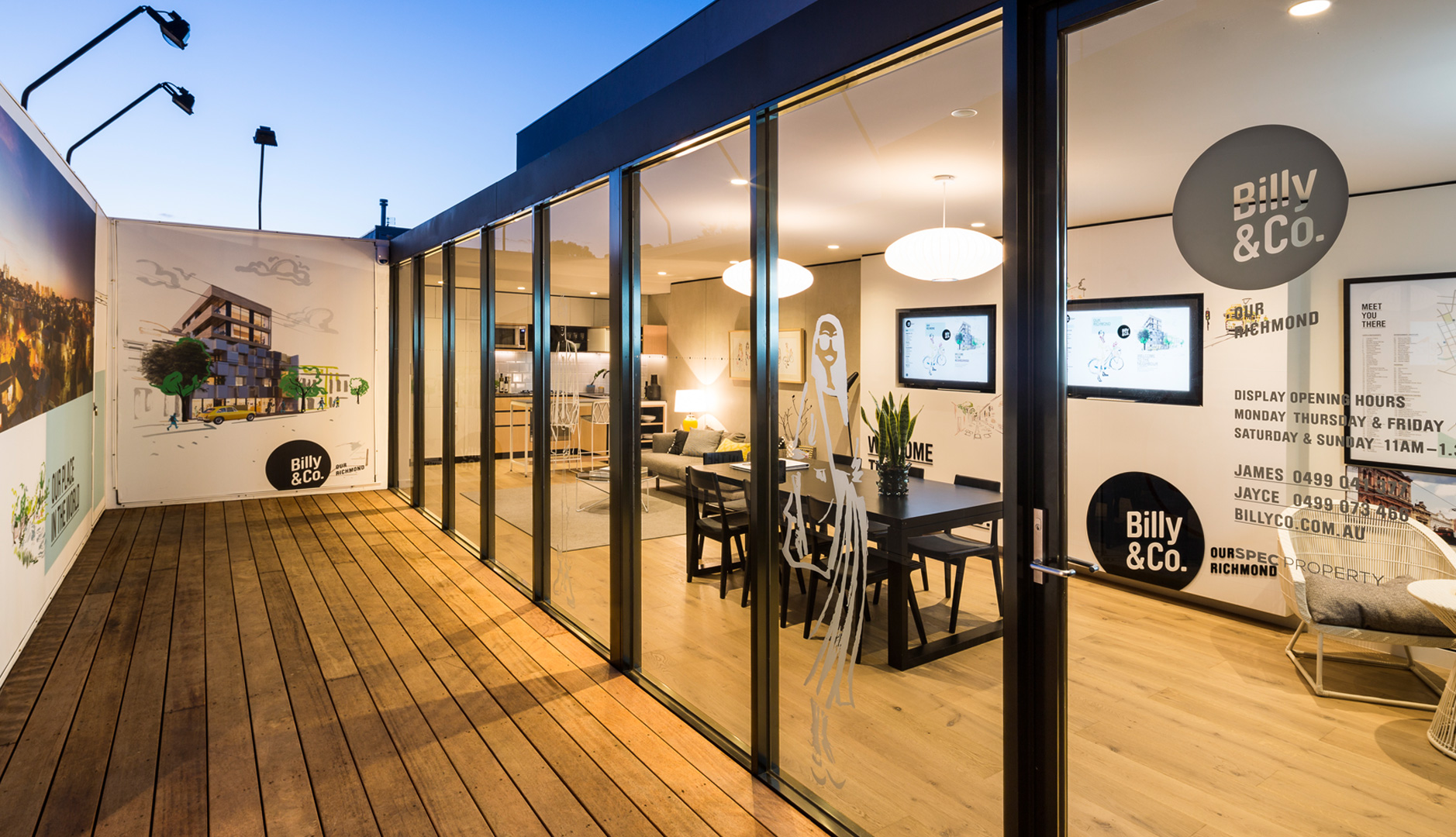 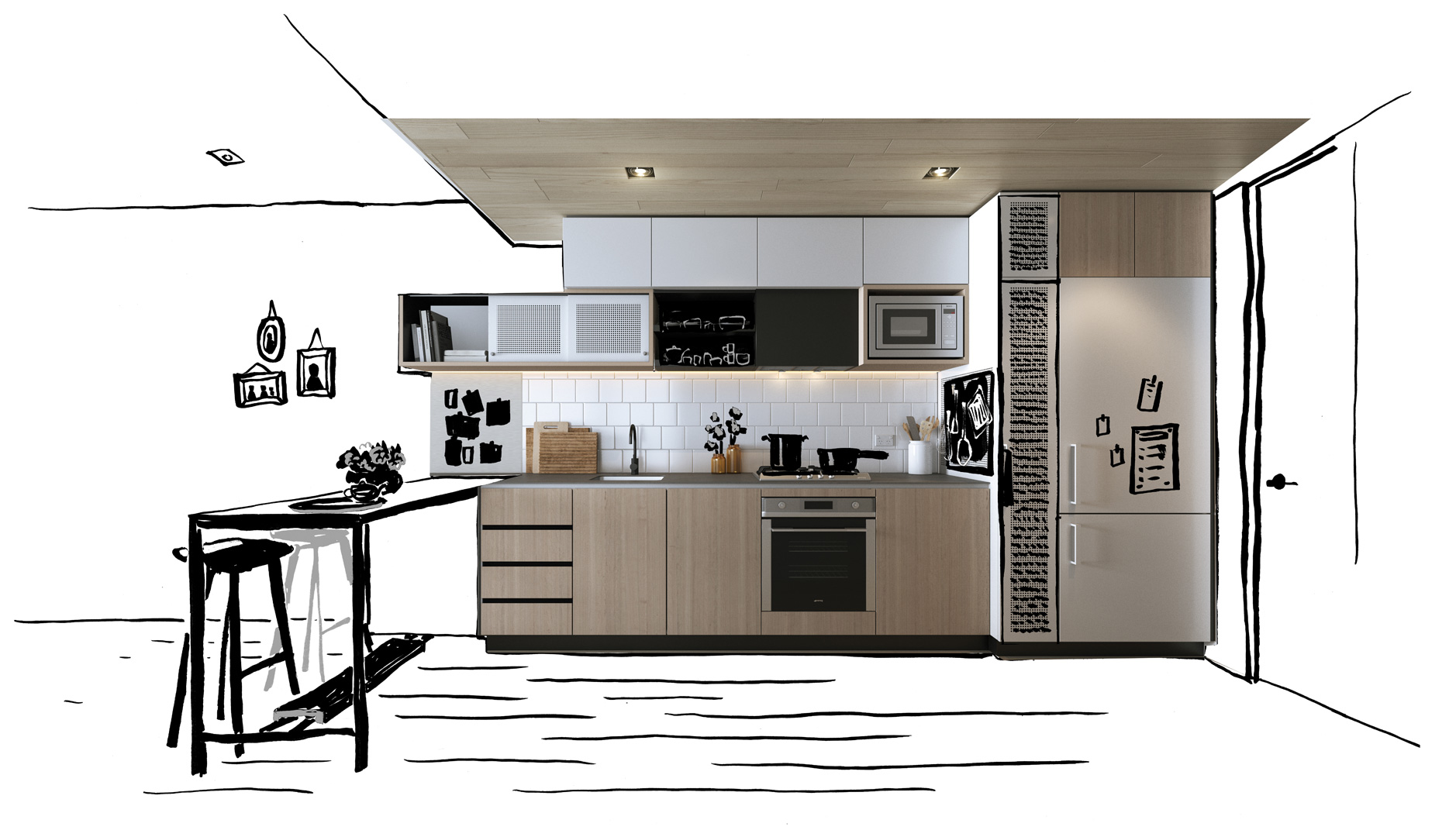 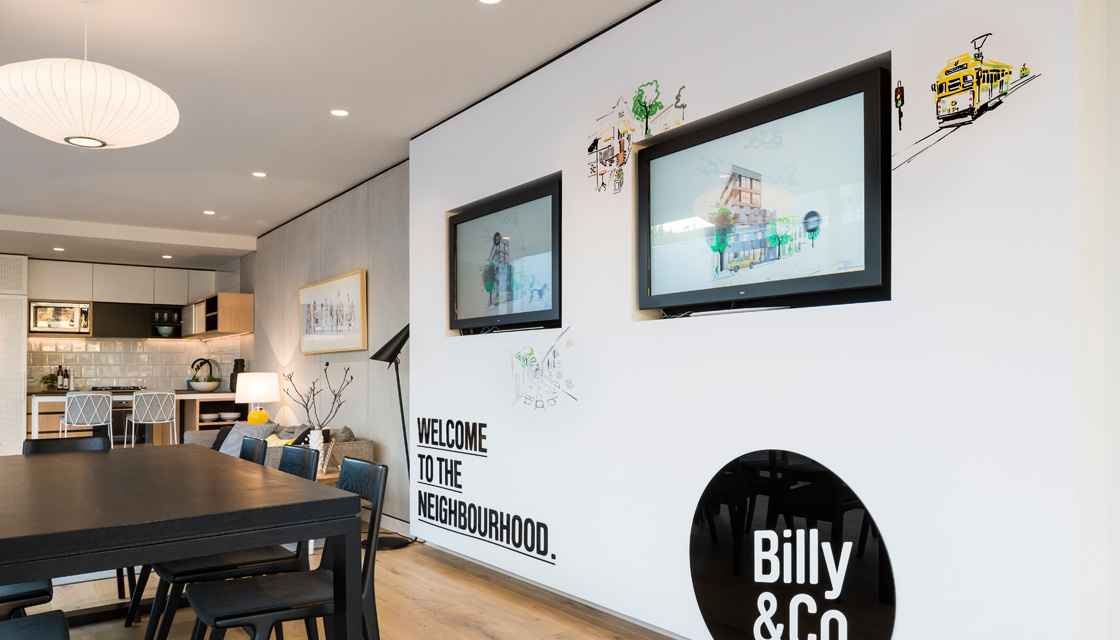 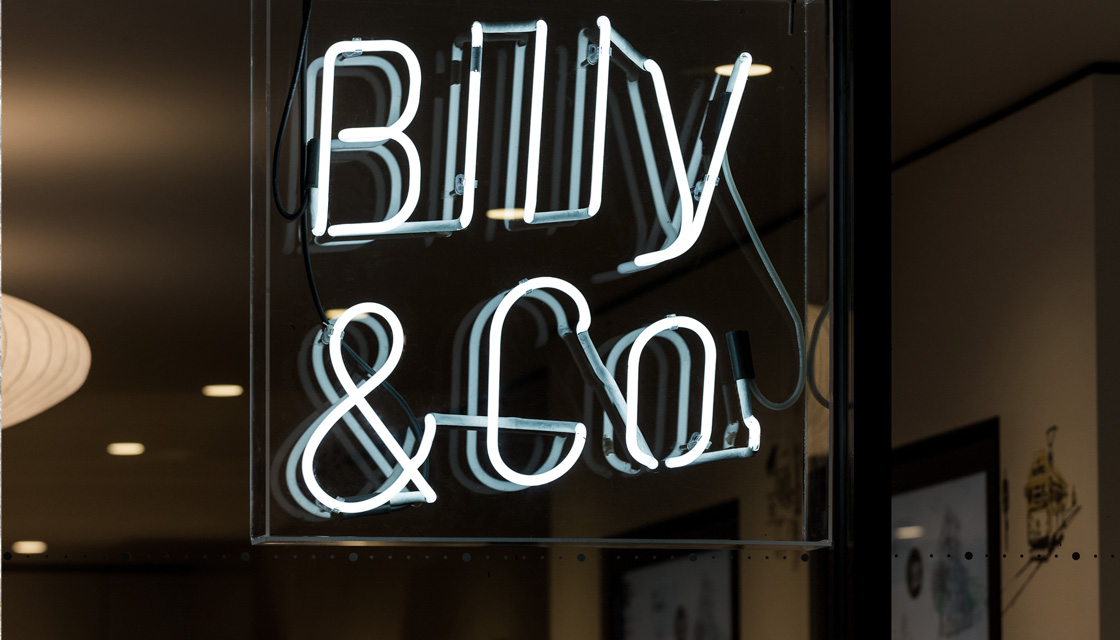 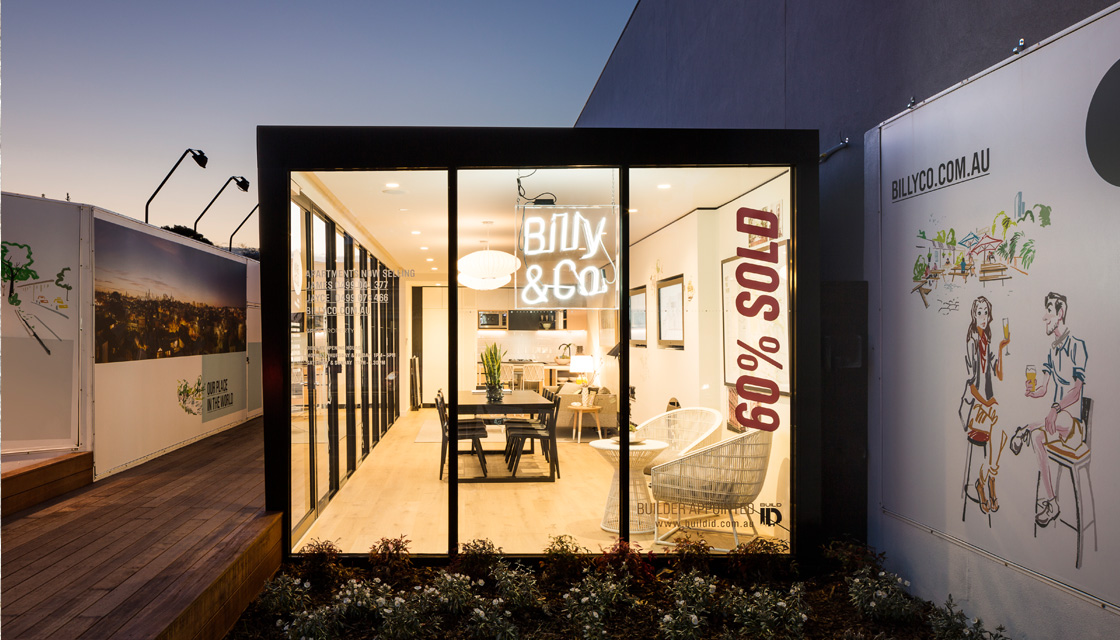 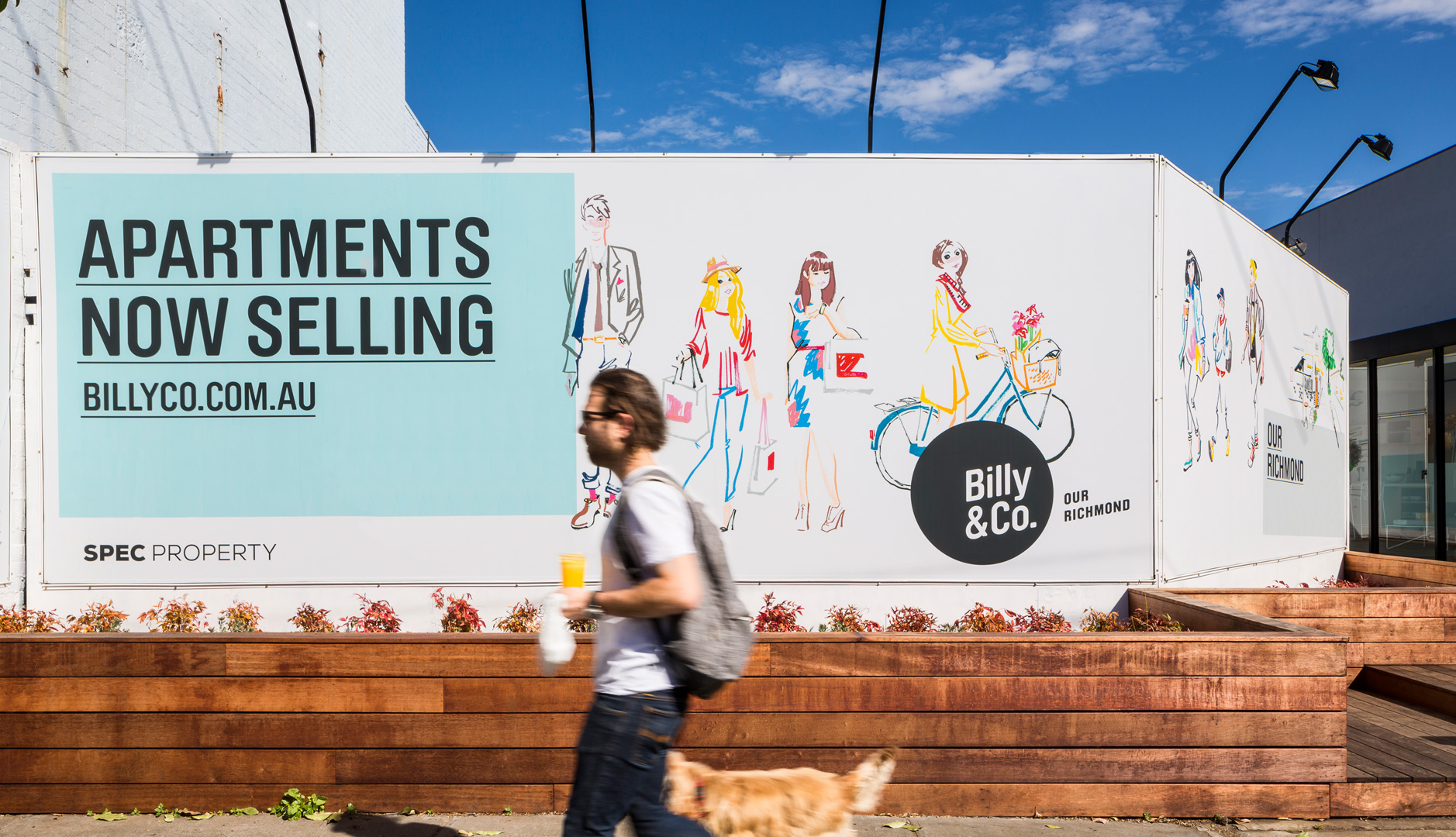 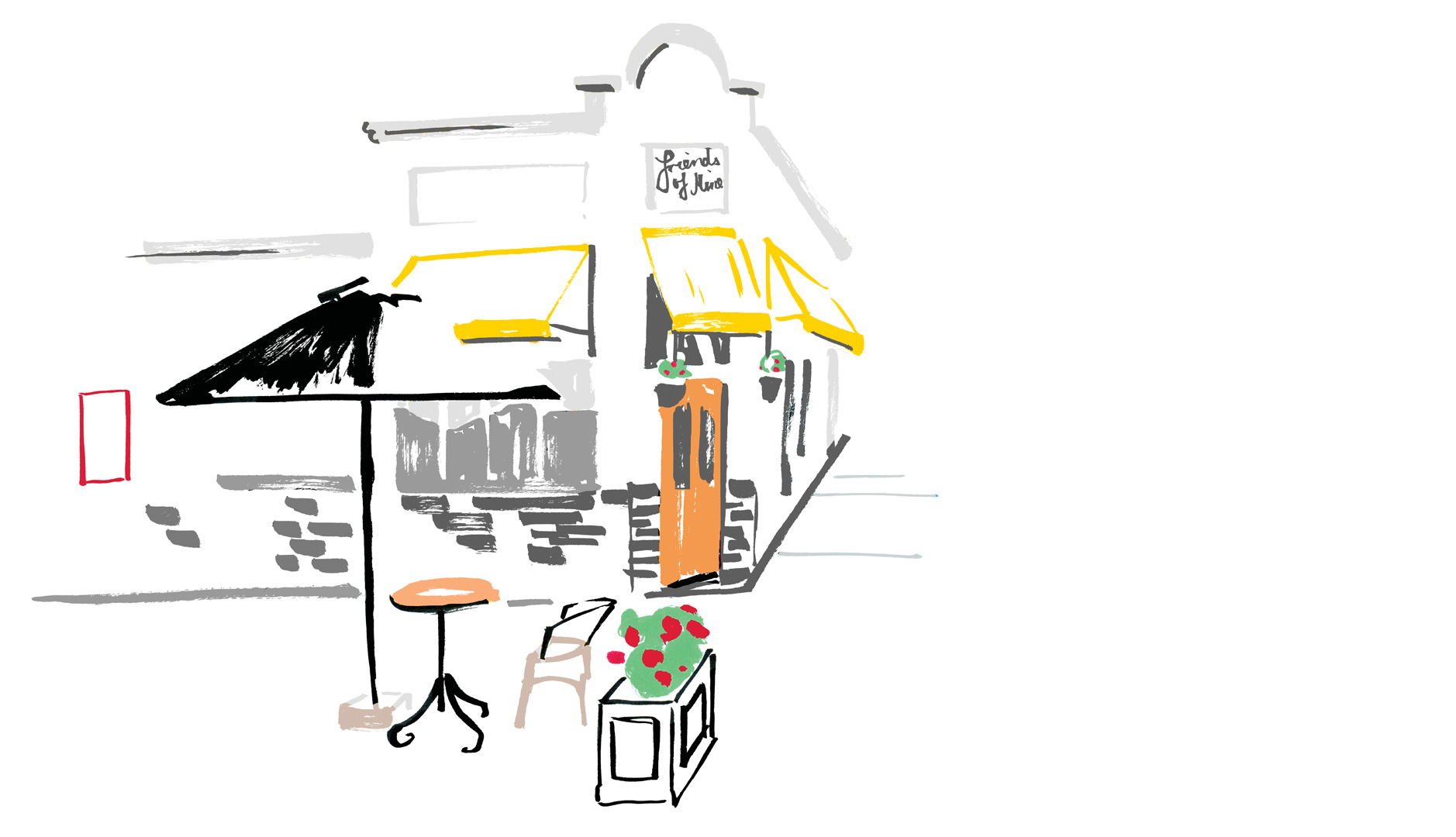